We’ve all taken it for granted, right? From strip mall standbys to the fanciest salons, there are two columns for hair services pricing: Men’s and Women’s. If we see something often enough, even if it’s unsightly or just plain dumb (as in this case), it simply becomes part of the landscape.

This is just one example of a Pink Tax: a term used to describe what is essentially an extra fee on being a woman. Razors, shaving cream, deodorant, bike helmets, dry cleaning, term life insurance, you name it: If there’s a version of two things meant to be consumed by men and women, you can bet the women’s product will be more expensive.

Besides flat-out discriminating against women, this structure also alienates and excludes LGBTQ+ folks, and others whose style does not conform to preconceived gender roles — ladies who rock a close crew cut, or men with hair long and luscious enough for a man-bun and a half.

It makes sense that no one’s doing anything about it, or that it’s taken this long to be addressed. The fight for equality for women and equality and inclusivity for LGBTQ+ (and otherwise non-gender-conforming) people has had bigger priorities, like, you know, protection from hate crimes, domestic violence, the pay gap, and approximately eleventeen thousand other problems that are going to give us an aneurysm if we don’t stop naming them. 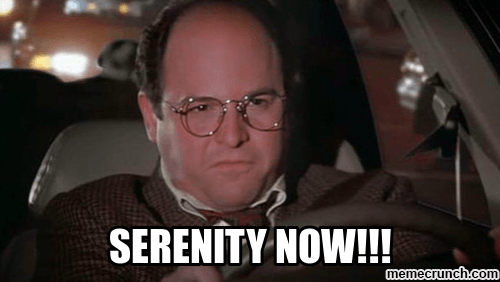 Hoo boy! Let’s bring it back to hair.

At our salon, we’re making a small change, but an important one. We’re breaking our haircut services down into two categories, and they have nothing to do with gender roles or preconceived notions of what men and women are “supposed” to look like. Hair is hair, genitals are genitals, and while both are fabulous and fun, those things are completely independent of one another in terms of what your hairstyle is and what kind of care it requires.

So, at Ginger, we invite you to pop in for a Haircut or Clipper Haircut. That’s it! The simplicity is glorious:

Additionally, we will no longer be using gendered pronouns as descriptive words for our services, instead using skill sets to describe the type of service we offer. Because that’s what it should have been all along, and it’s never too late to fix little bits and pieces of everything screwy in our world.

Haircuts today, patriarchy-smashing tomorrow. See you at the salon soon!